The Financial Policy Council provides attendees with remarkable access to the insights of knowledgeable speakers and VIP guests, Including top players in Wall Street, key policymakers, academics, and members of the media. 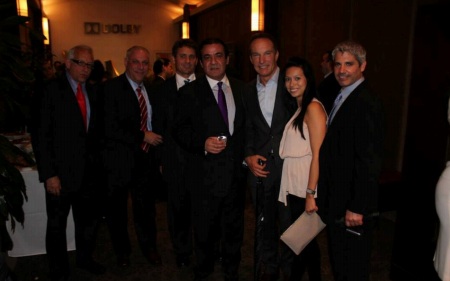 Ziad K Abdelnour and members of the Financial Policy Council

Beginnings:
March 31st 2010 marked the kickoﬀ of our First Event at the Financial Policy Council held at the Metropolitan Club. The Event was aPended by around 70 of the most prominent members in the New York financial services community Including G. Chris Andersen from Andersen Partners, Alan Patrick of from Greycrob Partners, David Ying from Evercore Partners, Steve Norris from Gulf Capital Partners and many more private equity, hedge funds and other Wall Street senior executives. Keynote speakers were Congressman Scott Garret (R-NJ) and Michael LewiP; President & CEO of Harch Capital Management.

-Scott A. Hodge, President The Tax Foundation
“Can Our Tax Code be Transformed from a Tool for Redistribution, to
an Engine for Economic Growth?”

-Executive Producer : Tyler Whitney
Private Screening of the Soon to be Released Movie “The Bubble”

-Tom Rossman, Insitutional Advisor
“Why Washington is so dysfunctional and how we solve that serious
problem permanently.”

-Fred Smith, President/Founder of the Competitive Enterprise Institute
“Countering the Assault on Capitalism and Defending the Market in
an Anti-Market World”

-Keith Jurow
“Why There Is No Bottom In Sight For Housing”