The World Bank. The IMF. The Federal Reserve. These are just some of the central financial institutions that ensure that the global elite continues to rule us by using a very tight core of banks and other mega-corporations to dominate the world. 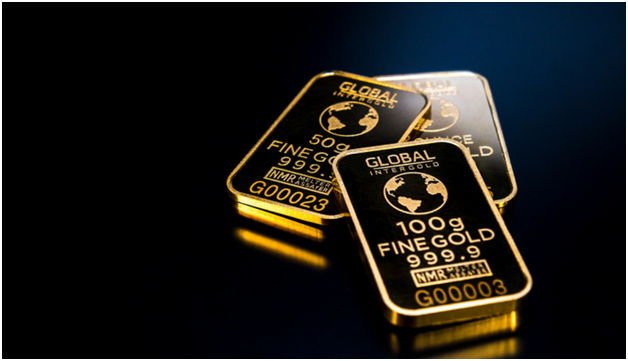 How? By enslaving the world in debt and keeping us in the dark about it and by controlling mainstream media.

When you think about how the elite not only command the most powerful financial corporations but also own the big media companies, you can recognize how easy it is for them to filter everything that mainstream media releases to the public.

However, these statements can no longer be dismissed as conspiracy theories. Here is the story of someone who worked in the World Bank’s Legal Department for more than 20 years and maybe as one of the most credible sources for what really goes on between the global elite and financial corporations.

Karen Hudes is the anti-bank activist billing herself as the “World Bank Whistleblower” and is now aggressively trying to expose just how corrupt the global elite are along with the financial system that they control. In 1999, Hudes would report the corrupt take-over of Philippine National Bank (PNB) which was then the second largest bank in the Philippines.

Lucio Tan is the owner of Philippine Airlines and crony of Joseph Estrada, the then President of the Philippines. The Philippine government had loaned $493 million to PNB, $200 million of which from the World Bank. And despite Philippines securities laws, Tan was able to acquire stock owned by government employees in PNB valued at more than 10% of the bank’s outstanding capital without disclosure.

The Philippines’ World Bank’s Country Director would reassign Hubes after asking him to sign a letter warning the Philippine government that because the loan conditionality was not met, the Bank would not disburse its loan without a waiver signed by the Board of Executive Directors. However, just two days after she informed the Board’s Audit Committee of the cover-up, she would be reprimanded and placed on probation. Ultimately, these revelations would lead to her firing.

Hudes told her story then and continues to do so. She speaks of the 147 financial institutions and central banks which were created by Congress but are, in reality, owned by a cartel of private banks.

“This is a story about how the international financial system was secretly gamed, mostly by central banks — they’re the ones we are talking about. The central bankers have been gaming the system. I would say that this is a power grab,” Hudes would say.

Karen Hudes isn’t the only one exposing the world’s elitist. In 2012, pressure group Tax Justice Network carried out research estimating the extent of global private financial wealth held in offshore accounts. After all, it makes perfect sense that the world’s wealthiest wouldn’t place their wealth in local banks like the rest of us do; instead, they stash their assets in offshore accounts where they can escape taxes.

The study, which used data from the United Nations, International Monetary Fund, World Bank, and central banks, revealed that the estimated sum of global private financial wealth held offshore to be between $21 and $32 trillion, representing up to $280 billion in lost income tax revenues.

With the World Bank, IMF, Federal Reserve and other central banks literally controlling the flow of money globally, can these whistleblowers, exposes, and studies be enough to dismantle their whole corrupt system?

Collectively, we can do more to put a stop to the elite’s power to control the world. We can start by not accepting every narrative that is fed to us and instead, question everything – from their motives to mainstream media to the politicians and lawmakers to the corporations pushing their agendas.

The words consent of the governed have become an empty phrase. Our textbooks on political science and economics are obsolete. Our nation has been hijacked by oligarchs, corporations, and a narrow, selfish, political, and economic elite, a small and privileged group that governs, and often steals, on behalf of moneyed interests. This elite, in the name of patriotism and democracy, in the name of all the values that were once part of the American system and defined the Protestant work ethic, has systematically destroyed our manufacturing sector, looted the treasury, corrupted our democracy, and trashed the financial system. During this plundering we remained passive, mesmerized by the enticing shadows on the wall, assured our tickets to success, prosperity, and happiness were waiting around the corner.

It is high time to wake up.

Smart v/s Dumb Money – How do you differentiate

GETTING STARTED IN REAL ESTATE DEVELOPMENT

Smart v/s Dumb Money – Which one to Opt for?